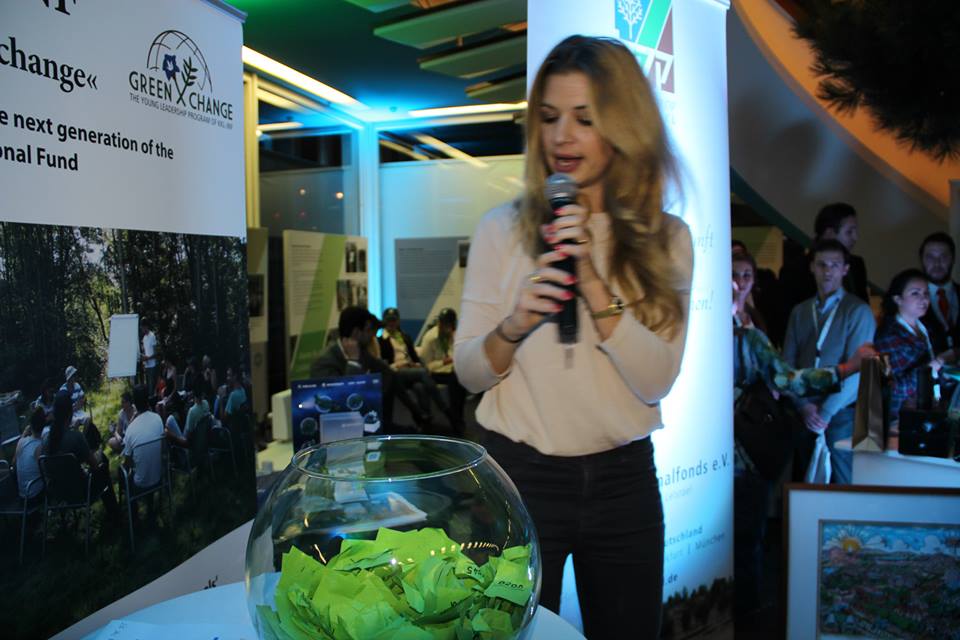 On November 9th, 2013, greenXchangers met in Berlin for a workshop day. First, the young professionals took part in an inspiring sustainability city tour experiencing green city projects in Berlin such as urban gardens and passive houses.
Second, the group met with a representative of the Konrad Adenauer Foundation (KAS), one of the major political foundations in Germany, getting to know the KAS focusses in project evaluation. Afterwards the group discussed the current state and future of greenXchange.

The greenXchange meeting was finalized on the following day with the “IsraelCongress”, which was long awaited and set into joyful prospect. KKL-JNF was not only the Congress’ strategic partner, but also presented its history with a large exhibition, at which also greenXchange was displayed. Thereby, details were provided about greenXchange with its innovative green young leadership concept. In addition, networks were formed with other exhibitors and greenXchangers joined lively discussions in the Congress’ labs.

left: Susan Sideropoulos draws lots for the KKL-JNF raffle in front of the greenXchange stand-up display